Claims that immigration levels are responsible for low availability of GPs in England are false. We've crunched the data to prove it.

As a result, many took to social media to claim that rising levels of immigrants was primarily responsible for fewer GPs being available, longer waits, and difficulties securing an appointment.

We set out to discover if there is a causal link between the current discrepancy of available GPs, and immigration levels over the last ten years.

By combining data sources from official organisations, we matched each English local authority with net migration figures and NHS staffing levels, to give us a better understanding of the impact of immigration on the availability of GPs.

Our independent investigation found that there seems to be no direct link or correlation between immigration and GP availability. In fact, our research shows that in some areas with higher-than-average migration, there are a greater number of GPs per thousand people than those with lower-than-average immigration.

More importantly, we know that 37% of GPs in England are immigrants (NHS Digital, October 2018), even though they make up 15% of the overall population.

Chris Haycock, Founder of ZoomLocal who conducted the research said,

Whilst browsing social media I noticed many people claiming there is a link between immigration and access to GPs.

There was plenty of anecdotal evidence, and some very good arguments that appear to support those arguments. However, no one seemed to be able to prove or disprove the claims, so I decided to find out for myself and research the underlying data from a completely non-political and non-biased point of view. The findings were interesting: whilst there may be many factors to explain why some areas have poor availability of local GPs, immigration doesn't appear to be one of them.

When I compared data for each local authority side-by-side, the research actually shows a wide range of migration levels. There were no patterns or clues which suggest immigration has an impact on GP availability. Many local authorities that have higher-than-average levels of immigration also have a larger number of GPs available to them, which gives weight to this conclusion, further dispelling the rumours. 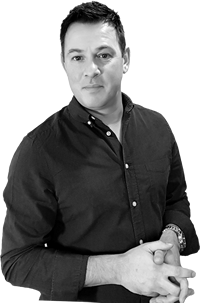 If immigration levels were to blame for lower levels of GP availability, then the results would reveal obvious patterns - namely that areas with higher immigration would have fewer GPs per capita. But this is not the case. The results were far too inconclusive, and in fact appear random, suggesting that may be different underlying issues that are causing the discrepancies.

For example, Preston has just 0.38 GPs per 1,000 population, but with a non-UK born population of just under 10% (far less than the UK average of 15%) it becomes clear that immigration cannot be a factor. The same can be said for other local authorities that score low for GP availability - just two of the bottom 20 had higher than average numbers of their population not born in the UK.

At the other end of the scale, local authority areas such as County Durham and Shropshire have access to around two GPs per thousand people. Whilst the top nine local authorities have lower-than average non-UK born populations (which may indicate that immigration could be a factor, the top 20 contain local authorities with significantly high immigrant populations, such as Cambridge (31%), Oxford (37%), Camden (43%) and Wandsworth (34%).

In fact, there are a number of local authorities that have a large non-UK born population, including Kensington and Chelsea, Camden and Oxford, the number of GPs per 1,000 was higher than average. No matter how you attempt to analyse the data, we cannot conclusively say that immigration is a factor.

Although it appears that immigration is not a contributory factor on GP levels, there are still questions to be asked. There is a huge discrepancy in the number of available GPs in some local authorities.

We suspect that there may be other reasons, including deprivation levels and changing local health budgets. ZoomLocal will dig deeper in the coming months to attempt to unravel the mystery of GP availability.

The research was conducted by combining data from NHS Digital, the Office for National Statistics, and our own geodemographic data. Keep scrolling down to the bottom of this page for information about the methodology used in this research.

BY LOCAL AUTHORITY BY COUNTY BY REGION

Data for eight local authorities were unavailable at the time of publication.
Contains information from NHS Digital, licenced under the current version of the Open Government Licence. Contains National Statistics data © Crown copyright and database right 2018.

1 Refers to total population within the area specified, rather than registered patients. Does not contain workforce data on primary care staff at prisons, armed forces bases, educational establishments, specialist care centre/drug rehabilitation centres, walk-in centres, those working in HCHS sectors, or locums.
2 Estimates based upon data from the Annual Population Survey (APS), which provides population data and indicators at local authority level.
3 Includes both internal (people who move between areas within England) and international (people who move to England from other countries) immigration figures.
4 The number of doctors who gained their primary qualification in the UK (Sep 17). 2018 figures show this is now 37%. Figures are lower than the percentage who report British nationality because they may have since become British citizens. Figures do not include GPs whose country of qualification is unknown. 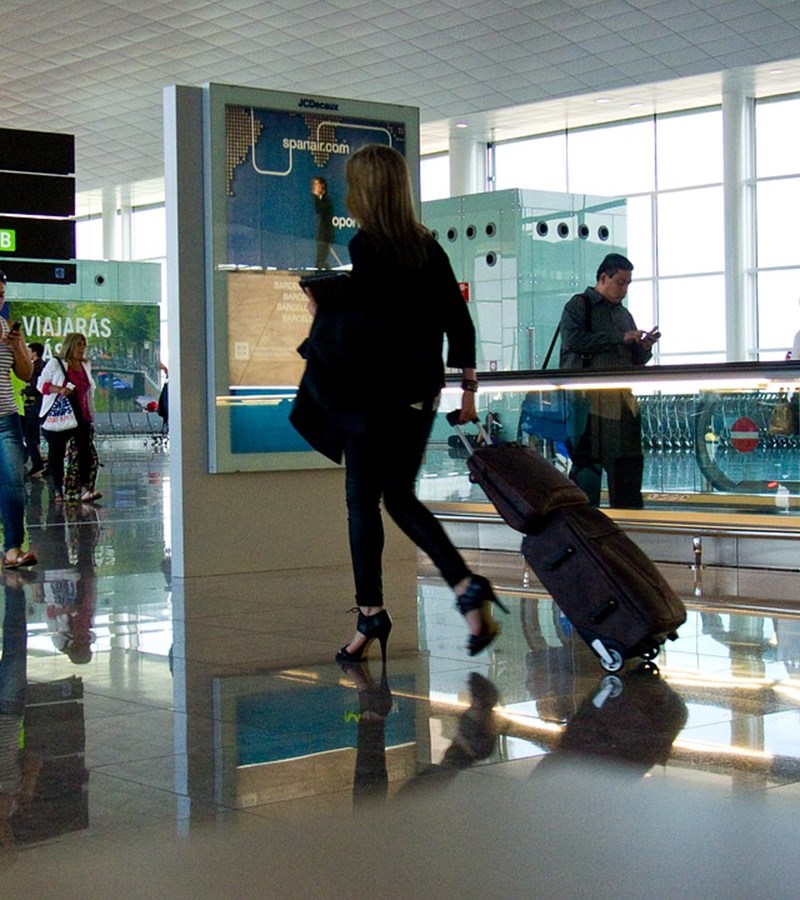 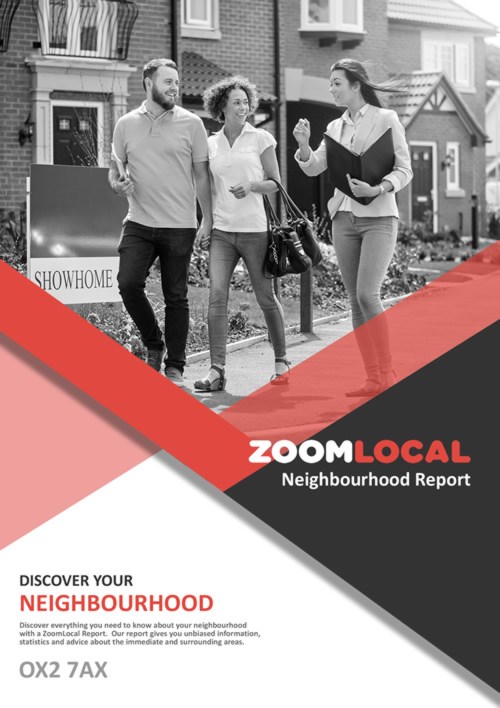 A conveyancer's local report only tells you half the story about your new neighbourhood.

Let us tell you the rest.

Our 50-page report will reveal EVERYTHING you need to know about the neighbourhood, including crime rates, property prices, environmental concerns, access to local amenities, and much, much more.

It's packed with critical information, statistics and data that you need to know if you're buying a house.

Get your copy today and eliminate the risk of moving to a bad neighbourhood.

At first, I thought that tying together two lots of datasets would be a relatively simple task. After all, what was needed was just two datasets: the number of GPs in each English local authority, and their subsequent immigration figures.

But merging the data into meaningful statistics was a trickier task than I had anticipated.

Getting hold of the data was easy. My first job was to download the General Practice Workforce statistics, which contain headcounts for all staff working in General Practices in England. As well as GPs, it also includes nurses, care staff and admin/non-clinical staff at each surgery. I downloaded the latest data, published on the 20th December 2018.

However, each surgery contained in the data only contained geographical codes for Clinical Commissioning Groups (CCGs), e.g. "NHS Morecambe Bay CCG (E38000216)", which does not tie in with local authority codes. Therefore, I had to download a copy of all General Practitioners in England (also from NHS Digital), which contained the addresses and postcodes for each surgery. Using the postcode I was able to determine which local authority each surgery was in.

I built an algorithm to take the postcode, lookup the local authority code, and place it back into the original data so I could perform the merge of data.

This took more time than I originally thought, because I had to perform a database lookup on a third table in another of our databases. There were a couple of hundred gaps where some postcodes were returning empty local authority codes, so those had to be entered manually.

Although migration figures were helpful, I still needed the total non-UK born population for each local authority in order to make the results more conclusive, so thanks again to the ONS, I was able to get hold of this missing piece of the jigsaw: a table containing 'local area migration indicators' for the whole of England.

Having both sets of data now operating for local authority areas, the last task was to merge the two datasets together, which allowed me to put together the table above.

Finally, I added up the figures for each local authority and transferred them to county and region level, allowing you to browse the data in a more granular way.

It is worth remembering that because NHS Digital makes use of CCG areas, whereas the ONS data was based on local authority, I was forced to match the datasets up as best I could, and the results are my best estimates. As per our Terms of Use, neither myself, ZoomLocal, our parent, subsidiaries can be held responsible for the accuracy of this data. It is provided for general information only, and should not be relied upon or used as the sole basis for making decisions.

About these statistics
Statistics for crime rates per 1,000 population are based on Lower Super Output Area, which generally consist of around 1,500 people, or approximately 500-600 houses.

The arrow next to the unemployment rate shows whether the local area has a higher or lower than average percentage of unemployed people, based on the current UK average of 4.1%.

Scroll to the bottom of the page for more information about these stats.